Homeopathy is a complementary medicine which stimulates the body’s self-healing powers to create a long lasting improvement.

Homeopathy treats a wide range of conditions with medicines prepared from plant, animal and mineral substances. A healing response is triggered by administering a minute dose of the same substance which would provoke the disease symptoms if taken by a healthy person. 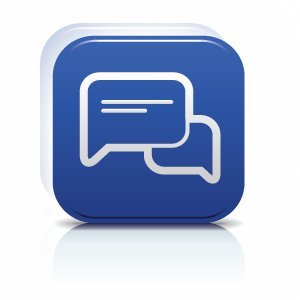 How is the homeopathic consultation?

The first homeopathic consultation, which usually last between one and one and a half hours, involves intensive listening and questioning. The homeopath will inquire not only about the current and previous symptoms but also the body, mental and emotional make-up of the patient. This will allow the homeopath to prescribe the appropriate medicine. Follow-up visits are arranged to assess the action of the medicine on the symptoms, fine tune the dose and frequency of the medicine and prescribe a new medicine, if needed.

How many consultations are needed?

The duration of the whole treatment will depend on the specific disease and the general state of health of the patient. Some people will improve quite rapidly but in other cases particular symptoms will take much longer to resolve. 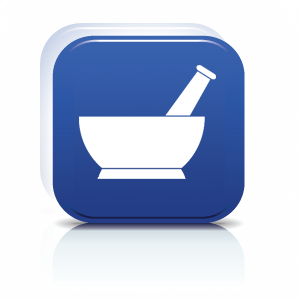 What happens after taking the homeopathic medicine?

The more recent symptoms should be first to improve. Also, if the medicine is the correct one, the sense of general well-being and energy should increase. However, sometimes an aggravation of the symptoms appears before there is a noticeable improvement. In addition, old symptoms may also come back for a short while and then fade away, like a playback, indicating that the body is responding to the medicine.

How to take the medicine?

The medicine should be taken in a clean mouth. Food, beverages, sweets, other medication and toothpaste be avoided 30 minutes before and after taking the medicine. Specific instructions on the amount and frequency of the medicine are written on the label of the bottle or given in writing.

How to store the medicines?

The medicines should be stored away from heat, light, strong smells and electronic equipment such as mobile phones, TVs and computers. They should be kept in their bottles with the top on and away from children and animals. 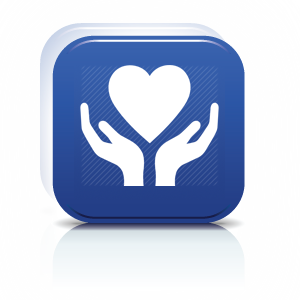 What should I do if something concerns me after taking the medicine?

You should not hesitate to call and leave a message or send an email. A reply will be usually sent within 24 hours.

What about if I am already taking medication?

Qualified in Medicine at the Autonomous University of Barcelona in 1982. He graduated with a Master of Public Health from the University of Texas at Houston in 1984. He worked in public health at national and European level for more then 20 years 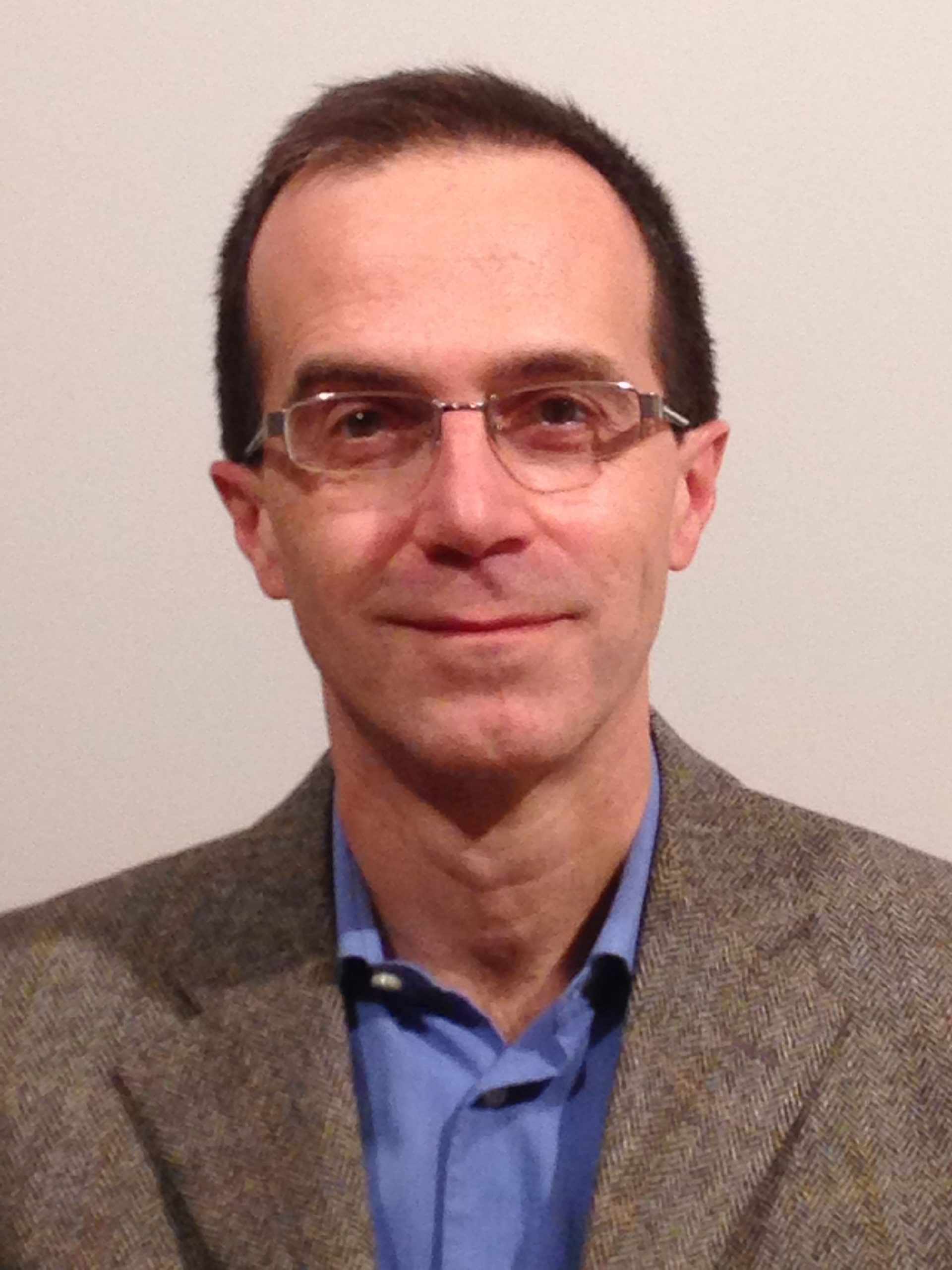 ” I always wanted to go to University to study dentistry. However, the competition and demands to get into such a course were extremely high, so much so, that the task often seemed overwhelmingly, especially for an eighteen-year-old. For me, there were certainly times that this was so true. That’s why when I turned to Jaume for help he was able to prescribe a remedy that helped me to remain focused, stay calm and concentrate on the task in hand – all of which definitely made my workload much more manageable. I got into the University of my choice to study dentistry and have thoroughly enjoyed my career path ever since. Thank you Jaume for your expert help and guidance – I’ll be forever grateful “. –  Adam
“My passion in life is playing football and like most young footballers it was a ’dream come true’ to be selected to play for my county minor team. But during a ‘friendly’ match I went over on my ankle – an x-ray confirming that I had a Grade 1 ankle sprain. I was gutted that this could mean that I would miss playing in the Championship! The team physio recommended that I wear a ‘boot’ to bring the swelling down and that I should have a steroid injection. I politely refused the injection and contacted Jaume. To my absolute delight and the bewilderment of the manager and physio, I was back at raining within two weeks and was able to play the first match of the championship. Having won the battle with the ankle, unfortunately we lost the match – I should say that Jaume’s special powers only stretch so far!!” –  Michael
“After the birth of my fourth son I developed endometriosis. The pain was excruciating and extremely debilitating for a mother of four young children – at times I could not walk, stand, or lift anything, including my baby. Faced with invasive investigations and surgery, I turned to Jaume for help. After just one consultation, years of unbelievable pain had gone. Jaume’s care and professionalism gave both myself and my young children a better quality of life. My only regret is that I didn’t seek support from Jaume sooner. Thanks, Jaume.” –  Roisin
“Over the years, I have had the pleasure of dealing with a few homeopaths who were all very good in their own way, but I have to say that, for me, Jaume stands out as being the best. A true professional who provides a top-notch service – Thanks for everything Jaume.” –  Hugh

Payment is by cash or cheque at the end of each appointment.

Arriving from Dublin, take the first right, after the roundabout with a statue of a monk ringing a bell, at the entrance of Trim. After crossing the bridge, continue straight and drive up the hill. Riada View is the first house on the right after the Office of Public Works.

Arriving from Navan, take the first left after Trim Retail Centre. Riada View is the fourth house on the left. 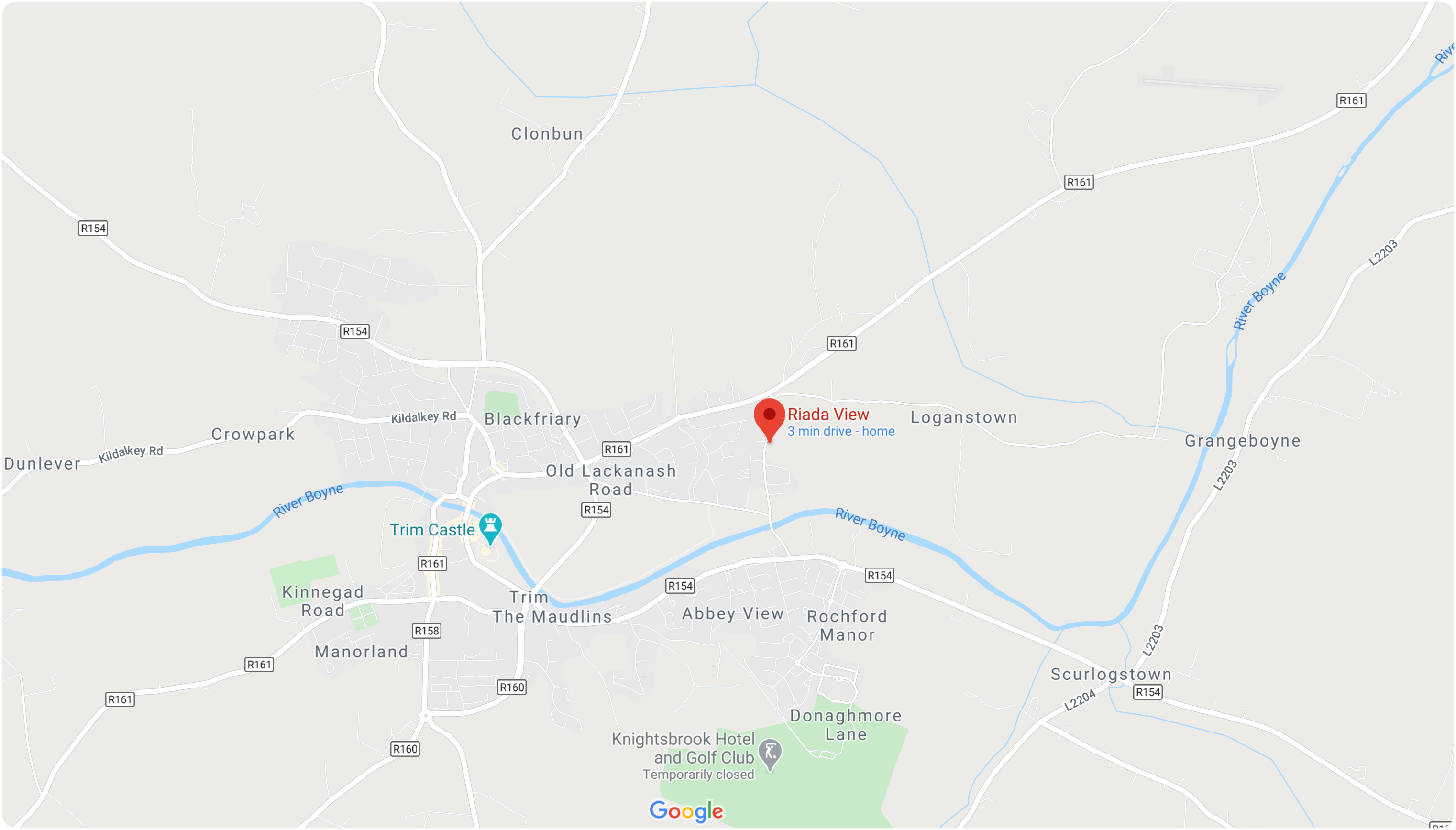